A new approach for our cities?

Posted on 10 February, 2015 by The Steady State Manchester team 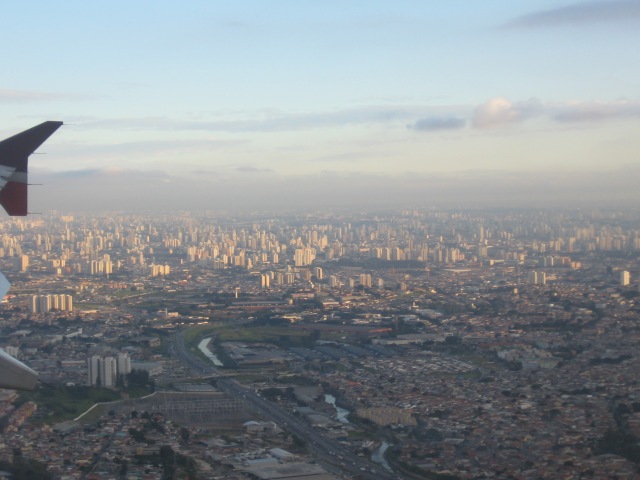 I attended a two hour seminar on Future Climate organised by the North West Climate Change Partnership It was a rather depressing affair since it seems quite clear that we are rushing headlong towards a climate catastrophe and all the speakers could really do was map the dimensions of our collective global failure to avert it, with an excess of giant powerpoint data slides.

Perhaps the most coherent of the presentations was from Jon Lovell who (rather surprisingly?) works for Deloitte, one of the big accountancy/consultancy firms. I’m going to pick up from his last point which was that a “new paradigm” is needed for the “urban-globalisation nexus”.

What Jon was referring to was the well documented urban trend towards living in cities, and the growth of the population of those cities, many of them truly enormous. The map of the growth to come (much of it in Asia) was but one of the alarming pictures presented.

In the last week it has again become clear that a 2 degree rise in global temperature is pretty much a certainty, and something that will be upon us within 20 years. The trend will continue because the predatory economy continues to snatch hydrocarbons from the ground and pump out polluting greenhouse gases. The optimism of the renewables lobby, the circular economy people, and the green growth Mafia is belied by a sober analysis of the dematerialisation problem: the only solution is to reduce energy use radically, and quickly. Renewables and recycling have their part to play, but the need for a complete paradigm shift is inescapable. Meanwhile, the allegedly 14th most sustainable city, Manchester (yes we are in trouble globally!), continues with its aviation dependency, and its obsession with China’s growth, as if that will secure a liveable future for our citizens, or respond to the massive social deprivation of the city’s neighbourhoods. The contradiction was noted in passing by Jon.

We have set that out in some detail in our interventions In Place of Growth and The Viable Economy. We are not alone, and groups like Localise West Midlands, and the more strategic Transition Towns groups, are presenting similar arguments. But are we tinkering at the edges when what’s needed is a massive shift in the way we live, and with little time to make it? With each day that passes, carbon emissions accumulate in the atmosphere, and they’ll be there for very many years to come.

Some of the best thinking on the paradigm shift is coming from the Degrowth movement and their recent book Degrowth: A Vocabulary for a New Era explains this in a series of short essays, a kind of keywords for ecological, social and economic justice. Degrowth rejects the illusion of growth – effectively changing the conversation , while at the same time (unlike North American Steady State Economics, which which it has an affinity) re-politicising the public debate that has been captured, colonised by economic rationalism (efficiency, productivity, growth….). It is both a scholarly discipline with its academic economists and social scientists, but it is also a social movement that connects to people’s grass-roots responses to the economic and ecological crisis.

Degrowth looks very much like the new paradigm that we need to respond to the urban-globalisation nexus. It doesn’t have all the answers, but then what approach does? It is our best bet, as a dynamic and evolving approach to finding a path through the increasingly stony terrain ahead of us.

1 Response to A new approach for our cities?