James Scott Vandeventer is Lecturer in the Department of Management at the University of Huddersfield. He recently completed his PhD at Manchester Metropolitan University, where his doctoral thesis sought to understand how spaces and places are organised in alternative ways through ethnographic fieldwork on a social housing estate in Manchester. 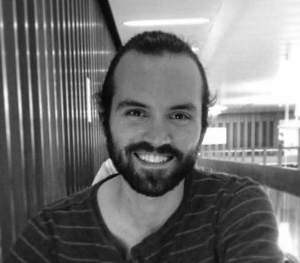 Born in Los Angeles, James earned a BA in Economics from Georgetown University in 2012. After several years as a retail manager, in 2015 James decided to move abroad and pursue his interest in environmental sustainability through a Master’s degree at the University of Edinburgh. During this programme and his MSc dissertation, he developed an understanding of alternative visions for the future, including degrowth and the steady state economy. His interest lies in both what these alternatives might involve, and how we can begin to move toward them. As a member of the Steady State Manchester Collective, James seeks to support the group’s work in advocacy, policy, and activism, as well as to further its engagement with members and outside organisations.

He can be reached at: james.scott.vandeventer[At]gmail.com